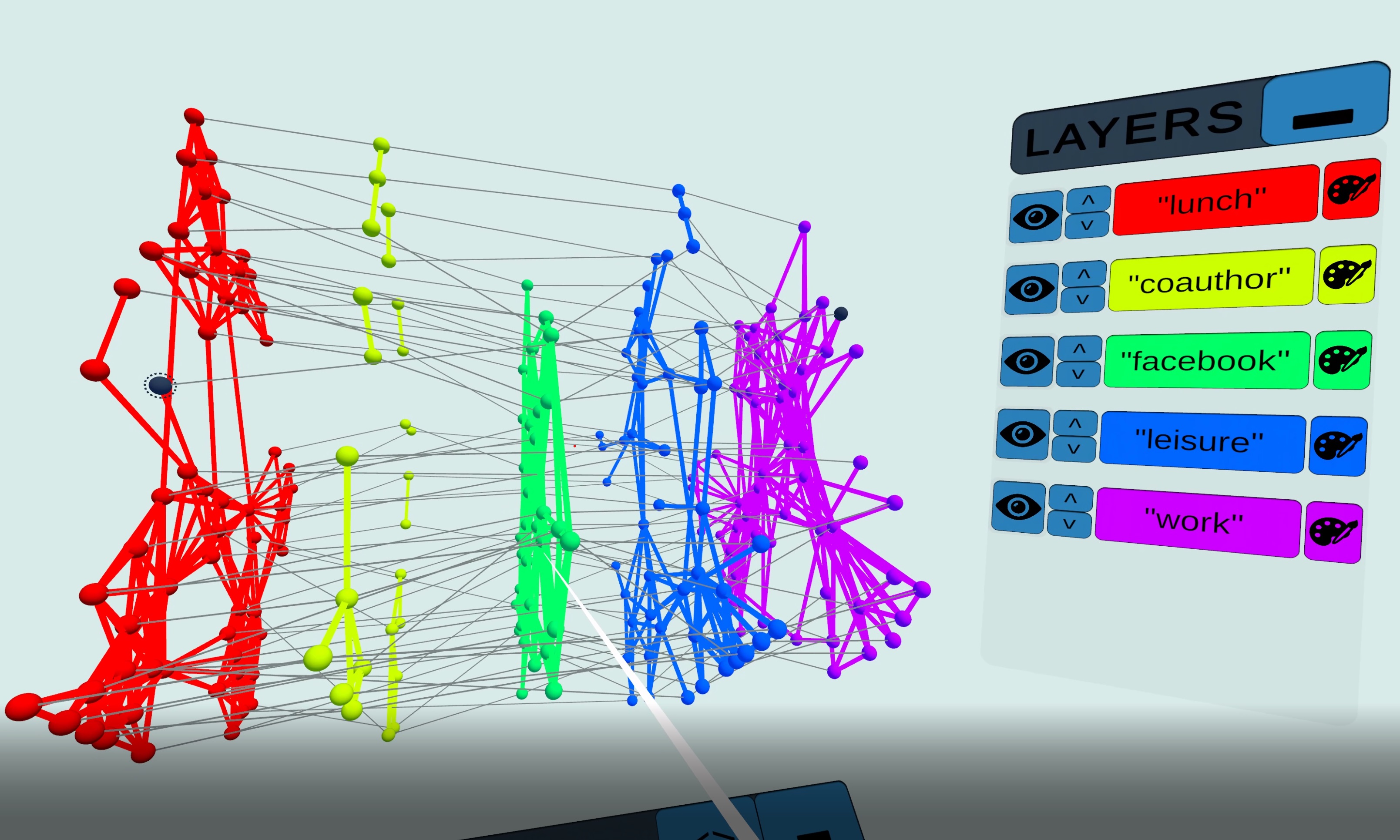 Multilayer networks are an increasingly popular way to model complex relations between various types of entities and they have been applied to a large number of real-world data sets. Their intrinsic complexity makes the visualization of this type of network extremely challenging and still an open research area. To help the visual exploration of complex multilayer network structures, today we are releasing MNET-VR. MNET-VR is the output of a research project carried on with Leonard Maxim and supported by the Digital Design Department. MNET-VR explores the potential of Virtual Reality to visualize this type of network structure.

MNET-VR offers basic functions to visualize and filter multilayer network structures. MNET-VR does not offer, at this stage, the possibility to manipulate the network layout. A proper 3D layout of the network can be obtained through the R package multinet. While its primary goal is to explore multilayer networks, MNET-VR can also be used to visualize single layer networks using igraph and multinet. The export of of the files for visualization is done through two simple R functions that we make available on the website. MNET-VR is designed for Oculus Rift/Oculus Quest with Link.

We have published two new papers in December: 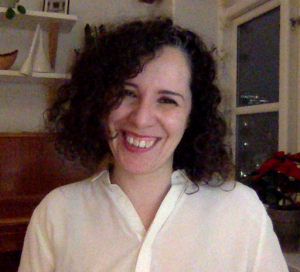 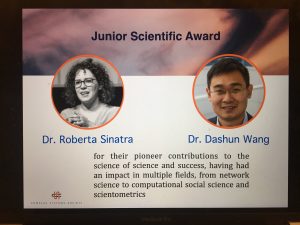 The award was given for Roberta’s

pioneer contributions to the science of science and success, having had an impact in multiple fields, from network science to computational social science and scientometrics

The award is given once a year to two young CSS researchers, aimed at recognizing extraordinary scientific achievements: https://cssociety.org/community/css-awards

We use cookies to ensure that we give you the best experience on our website. If you continue to use this site we will assume that you are happy with it.Ok